Take the Cake was founded in February 2017 by Krissy Gibson, and has grown at a fast pace because of the quality of her cakes. In 2019, their best-selling Carrot Cake won a Great Taste Award through The Guild of Fine Food. In 2020, Ms. Gibson was named Food Entrepreneur of the Year by The Irish Women’s Awards.

Based in Mulhuddart, Take the Cake doubled the size of their bakery in April 2019. Although they aspire to have their own retail shop some day soon, all cakes are currently made to order in their production facility. They currently supply several SuperValu and Spar stores in the Dublin area, along with several independent retailers. Their cakes have travelled to other parts of the country and beyond. Their first nationwide delivery was through the GROW With Aldi program in June 2019.

Mrs. Gibson is an American mother-of-four, and since making Ireland her home in 2006 with husband and business partner Kevin Gibson, the family has grown up with all the different cakes which now make up the TTC menu. Since her own childhood, these treats have been her obsession, and it has always been her dream to open a bakery. Krissy’s authentic hand-made desserts are lovingly made with no additives or preservatives, just as they were by her own mother, her grandmother, and her great-grandmother before her. Take the Cake gives the consumer fresh, moist cakes made with only the best locally-sourced ingredients, making desserts the way they were MEANT to be eaten. The menu is made up of traditional American desserts — the kind you mightn’t usually find in Ireland. 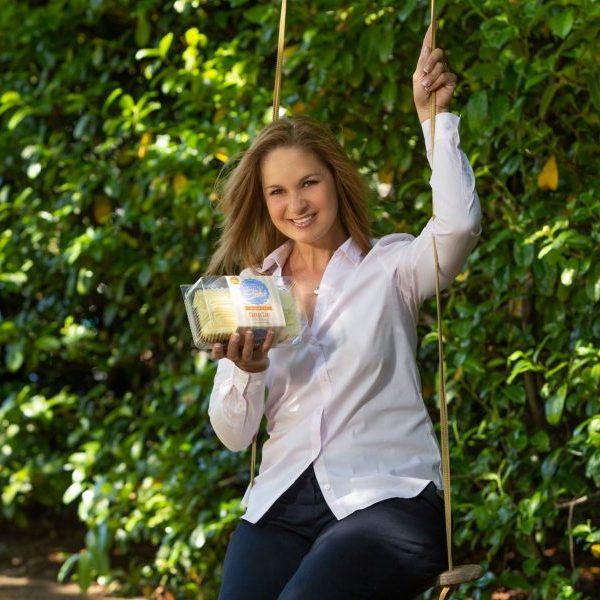 You can regularly watch Krissy on the cooking segment on “Ireland AM” and order anytime from https://takethecake.ie/.